Vanessa moved to Dorset two years ago from Hertfordshire where she exhibited for fifteen years including two Solo Exhibitions in London. Her first show in the South West was in 2014 at Pythouse Walled Garden Cafe, with an exhibition of intimate still lifes of flowers and textiles.  Selected pieces are exhibited at the Russell Gallery Mixed Summer and Christmas Exhibitions in London each year; her sixth year with the Russell including a one woman show in 2012. Vanessa's formal training came from Heatherely School of Fine Art during the 1970's. Her passion for painting continued whilst raising a family but her training was formalised at BCUC Hertfordshire with a BA Hons Fine Art Degree as a mature student in 2005.  Painting familiar objects in their enviroment is the theme of her paintings. Living in Dorset with more light has changed her palette and thougths on colour. St Ives is a new discovery an the presence of the sea and white light has brought a new and exciting influences to recent work. 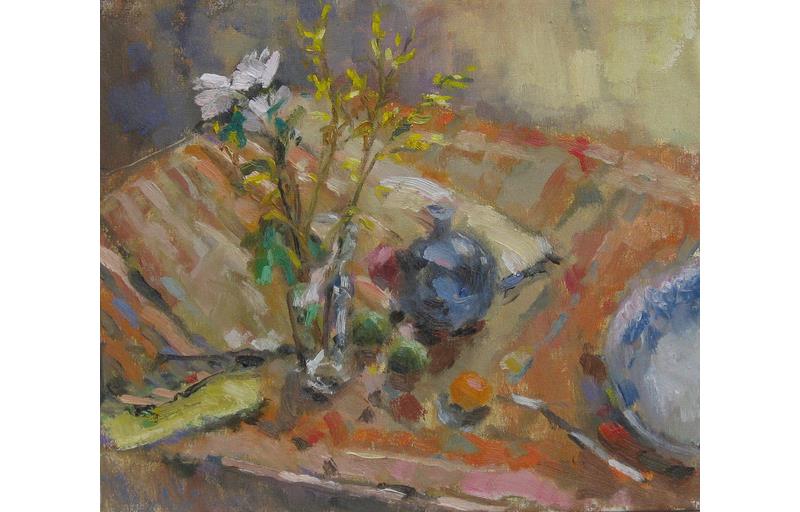 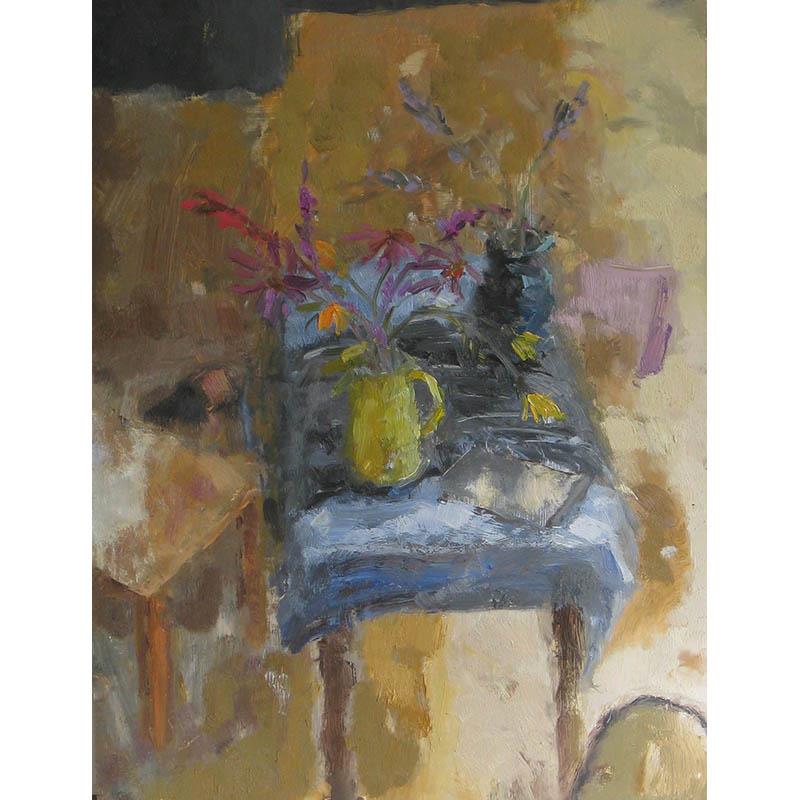 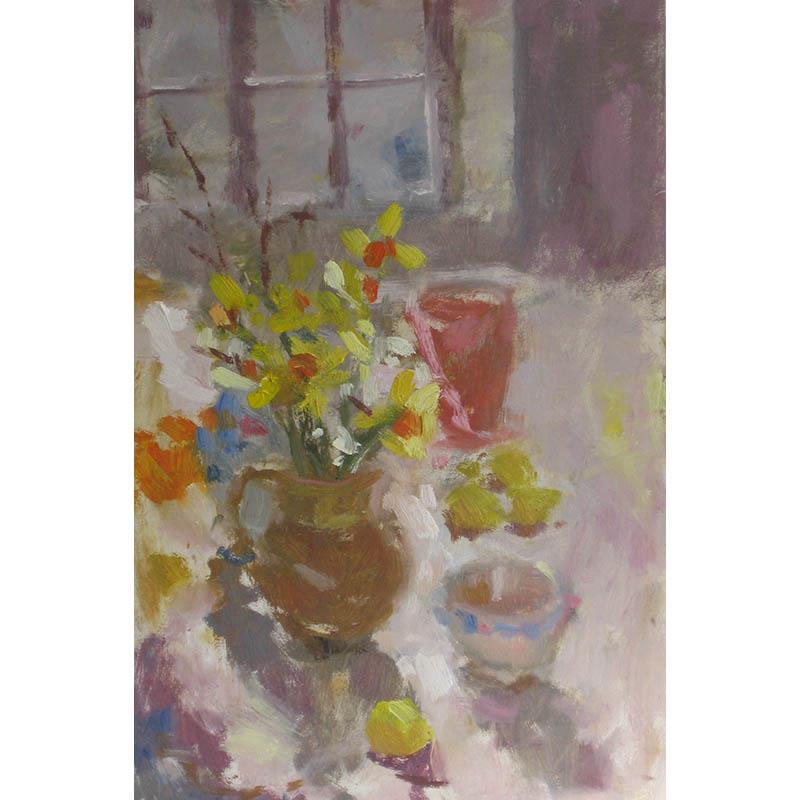 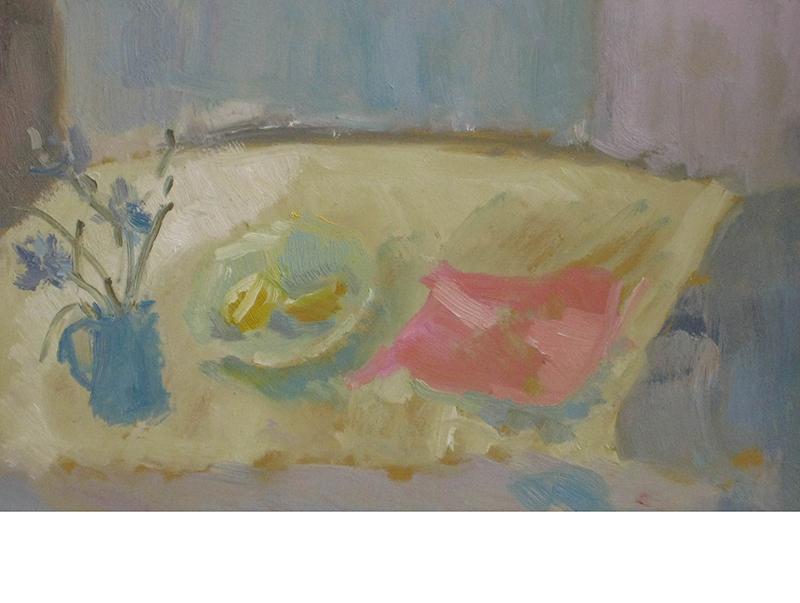 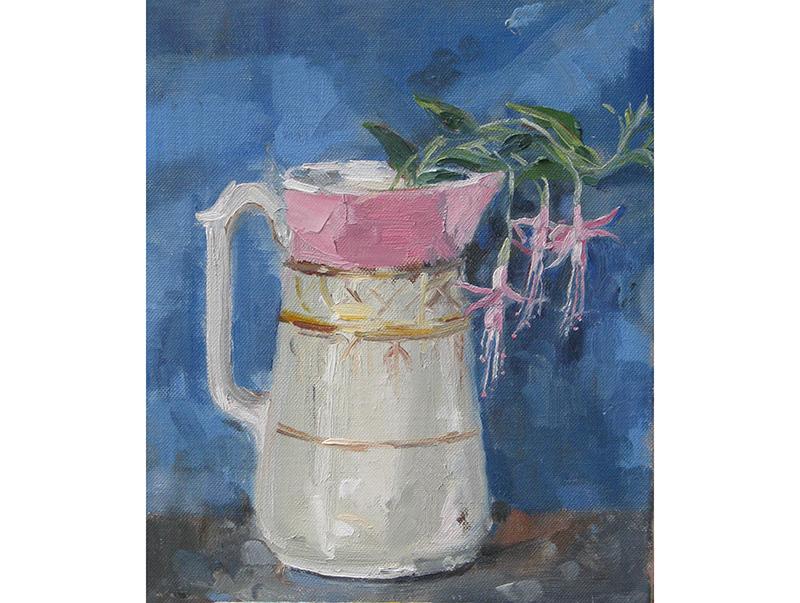 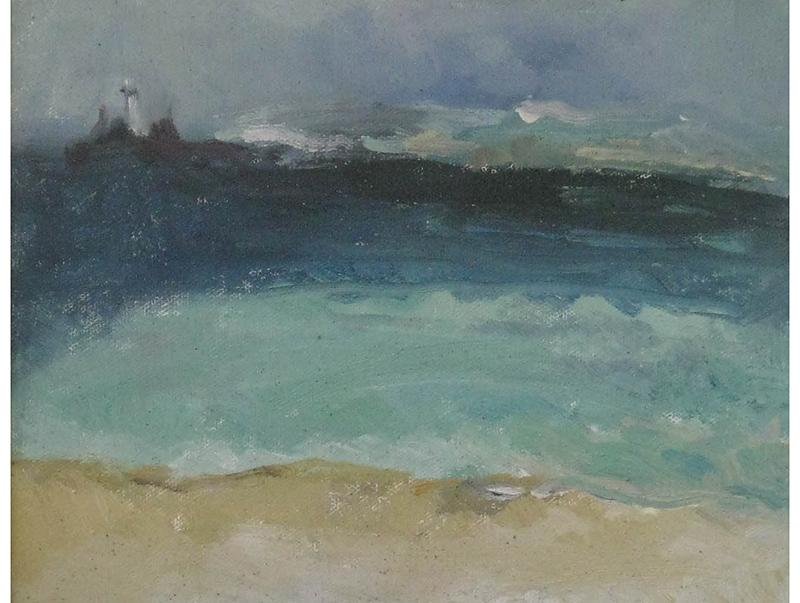