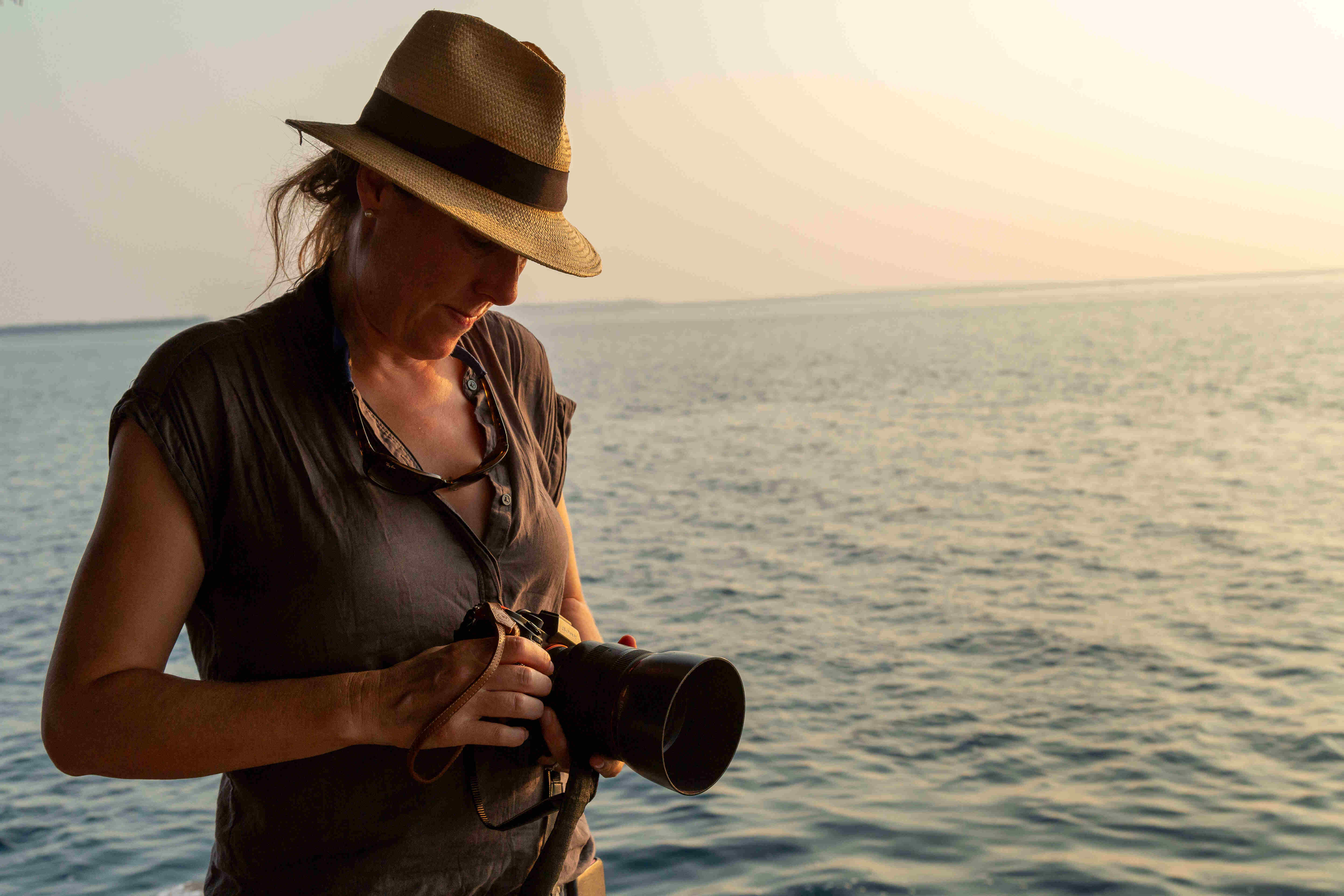 Tamara’s passion for photography started in the school darkroom in the 1980’s. An avid traveller who has made a niche in Documentary film making as a sound recordist, aerial cinematographer, and stills photographer. Tamara has sailed to every ocean and travelled to both 80° South and North, but feels most at one in the mountains. She sets out to communicate through photography, the world around her, in an artful, informative, and honest way, as a fine art, and a documentary photographer, who wants to frame the multifaceted layers in front of her. She is always seeking something that touched her, the slightly different, or overlooked.
In her documentary film practice she films science, natural history and exploration films. In her photography practice she photographs expeditions, situational landscape, wildscapes, and portraits. She has been widely published in both magazine and global news media, and is currently shortlisted for the Earth Photo 2020 award, with an exhibition at The Royal Geographical Society, London to follow. These images are from her fine art collection named the: Endurance Collection. This collection was photographed in one of the most untouched and unreachable parts of the world, the Weddell Sea, Antarctica. The collection is named after the ship Endurance that sunk there in 1915.