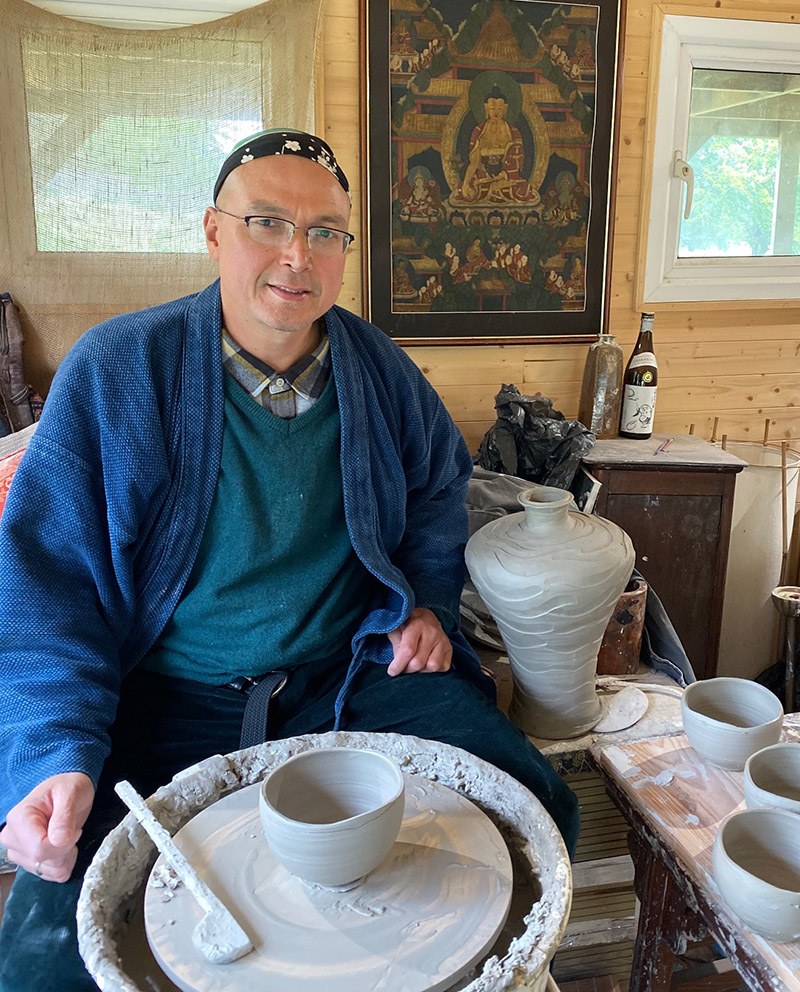 Lawrence Barrow - is a ceramic artist based in the Cotswolds. U.K. He is an ordained zen monk, having trained at Bukkoku-ji zen temple in  Fukui prefecture , Japan under Tangen Harada Roshi for more than a decade. He was given the name Jiko ???which translates as Compassionate Light.

Now living near the town of Malmesbury in Wiltshire where he has a pottery studio and anagama kiln named Go-go-gama ??? .

Lawrence was born in 1970 to English and Japanese parents in Thailand, grew up in Tokyo and Hong Kong and educated in the U.K. and the U.S. He is a graduate of the Traditional Arts College, Kyoto and was apprenticed to Shigaraki potter, Sawa Kiyotsugu.

He makes ceramic works that are influenced by Japanese aesthetics , functional vessels: teaware and tableware.  The pots are fired in either an electric kiln with applied glazes or a wood-fire anagama kiln.

He is also a haiku poet. 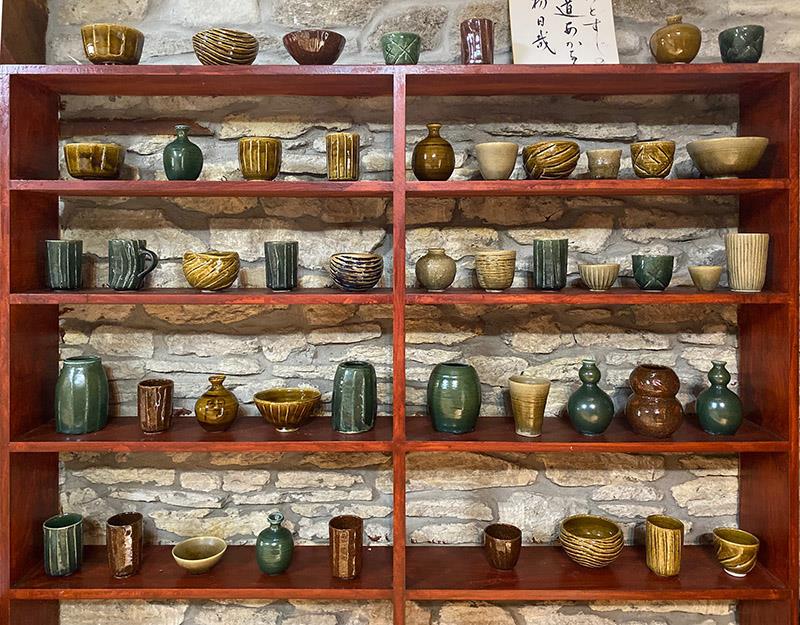 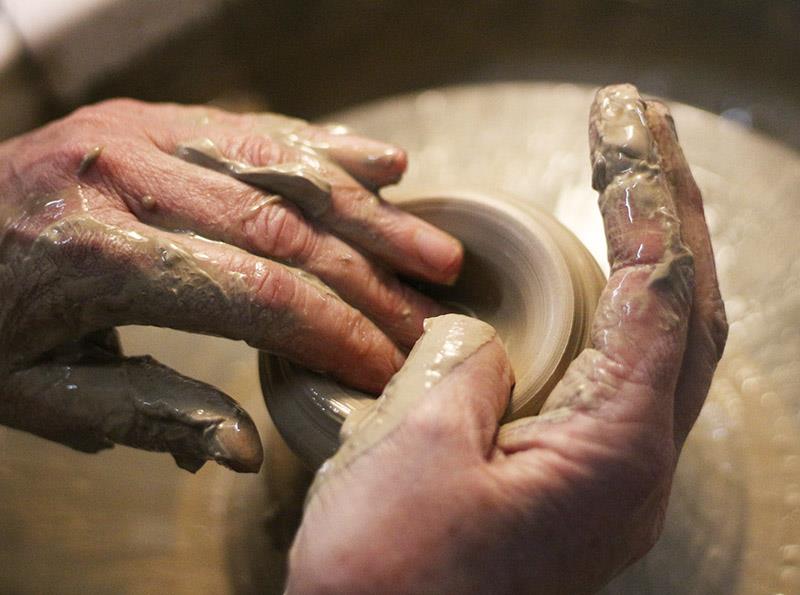