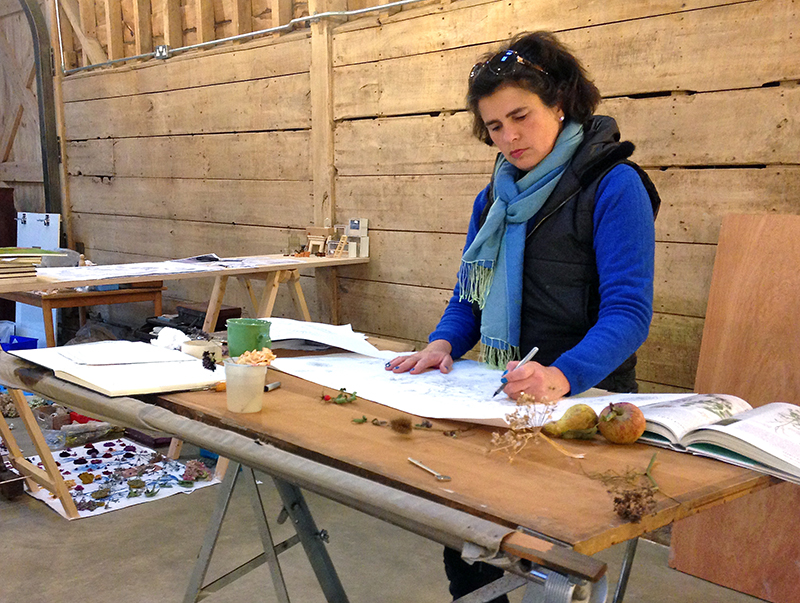 Alex Hirtzel's multi media work plays between science and art, linking references from scientific research, with historical art works to create art pieces to tell a narrative for today. Previously she has worked in the plant science department at Cambridge University with Professor Glover whose recent research about the interaction between flowering plants and pollinating insects has greatly influenced Alex’s work. She is beginning a new long term project with special access to the Dutch flower paintings and drawings at the Fitzwilliam Museum, Cambridge. These beautiful works will be re interpreted through painting and printing media as if seen by a bee and planted up with flowers bees like most, including the marks that can only be seen in UV light. The viewer is forced to look at the work in different ways. Just as the Dutch flower paintings were ultra modern in their time and do not reflect reality Alex is working in high tech intensely hyperreal colours, a blend of representation and reality, mimicry and artifice. As a gardener and beekeeper she is continually trying to understand about our role in the great pattern of man and nature in balance, often using the image of the bee as an image of perfect co habitation. She has worked for many years as a Gallery and community artist at the National Gallery and Wallace Collection in London museums as well as other magical places like the Botanic garden Cambridge. Two years ago she became the first artist in residence at the Royal Parks, London, working in partnership with the National and Mall Galleries. 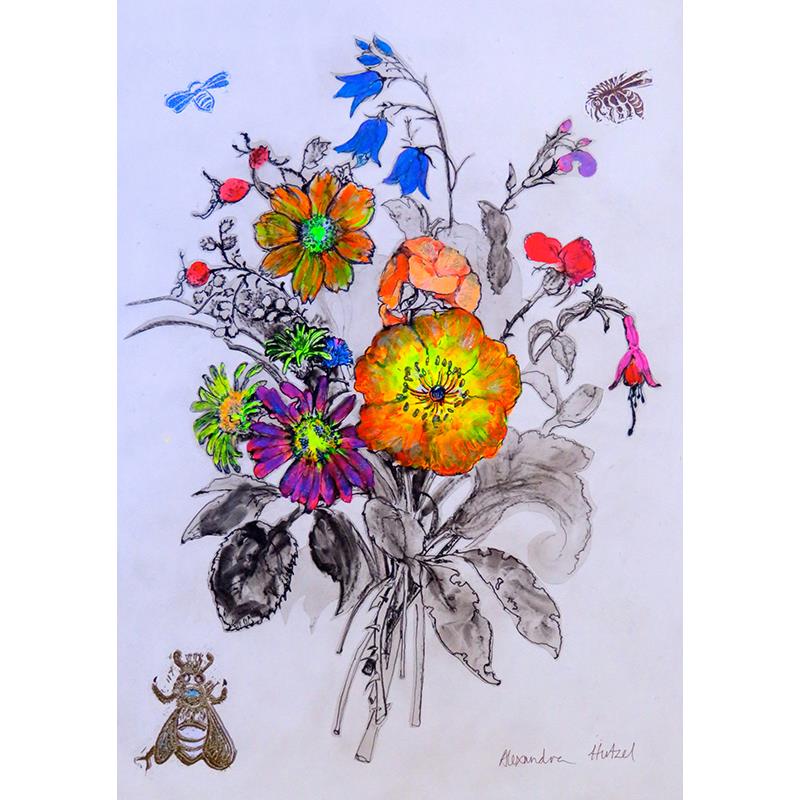 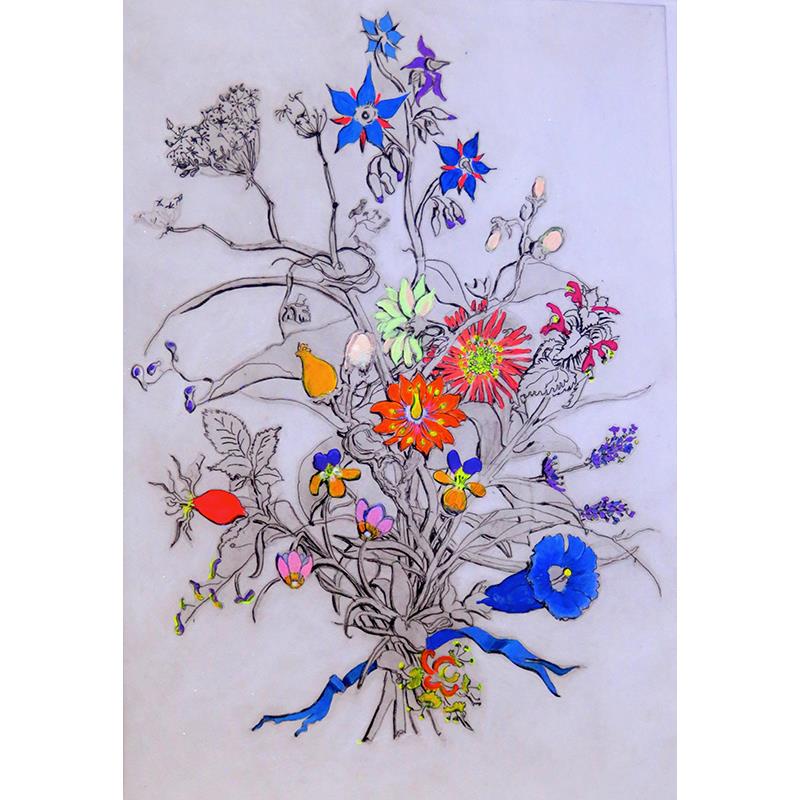 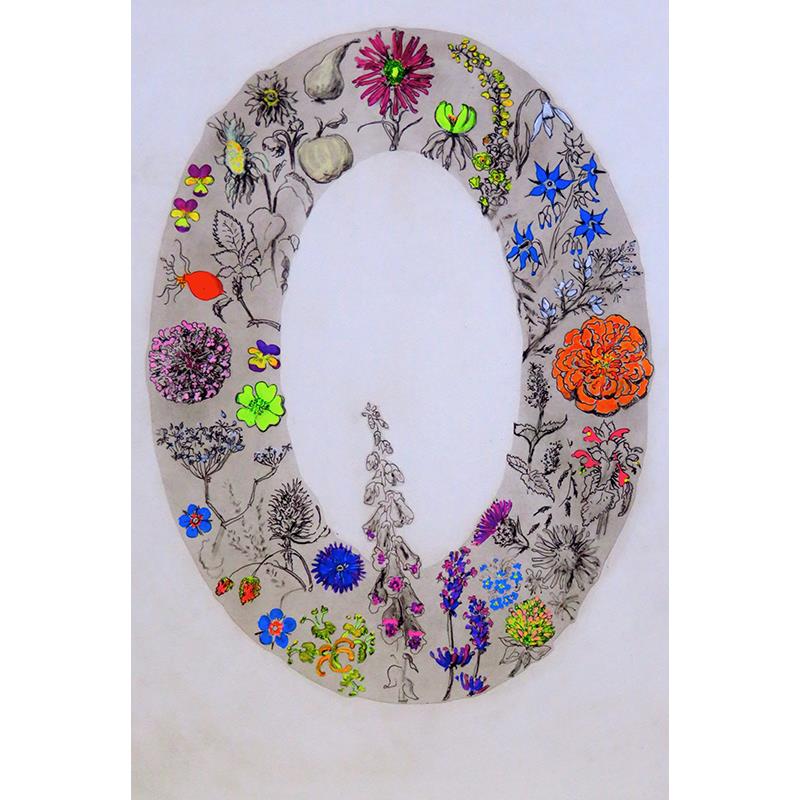