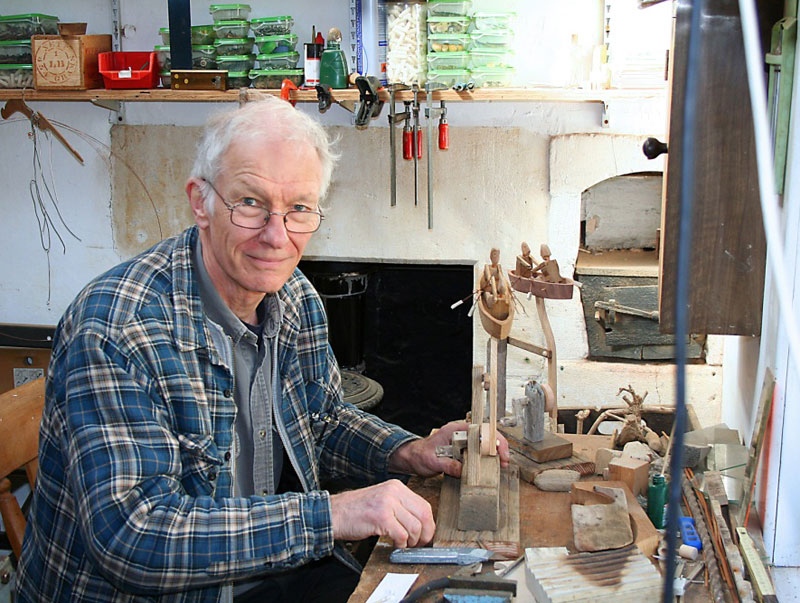 Robert tries to make things which move in simple but interesting ways: Traditional moving toys have influenced him strongly, and he has travelled in Europe, Indonesia, Mexico, India and Japan in search of them. His moving toys a simple automata incorporate a wide range of natural, re-used and recycled materials. Much recent work is in driftwood, which he likes using firstly because collecting it involves business trips to the seaside, and secondly because its previous use often still haunts it, and its time at the sea builds its character. 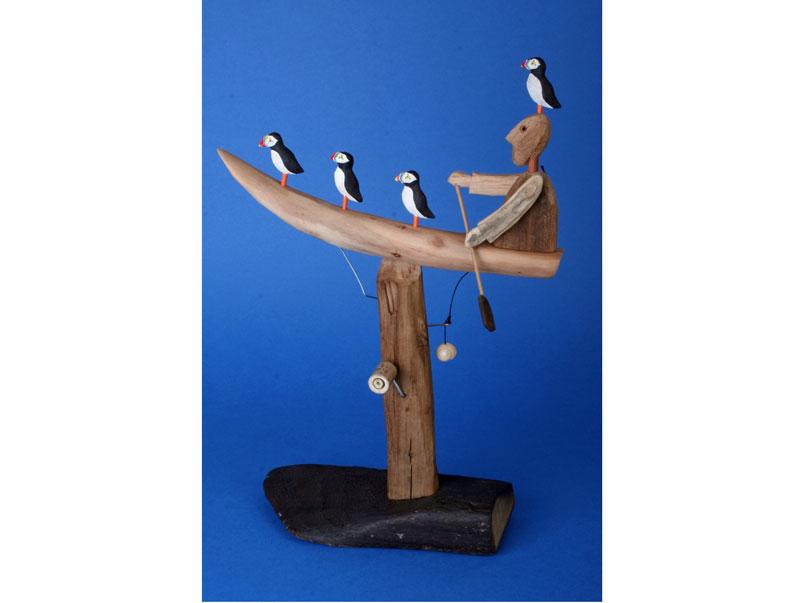 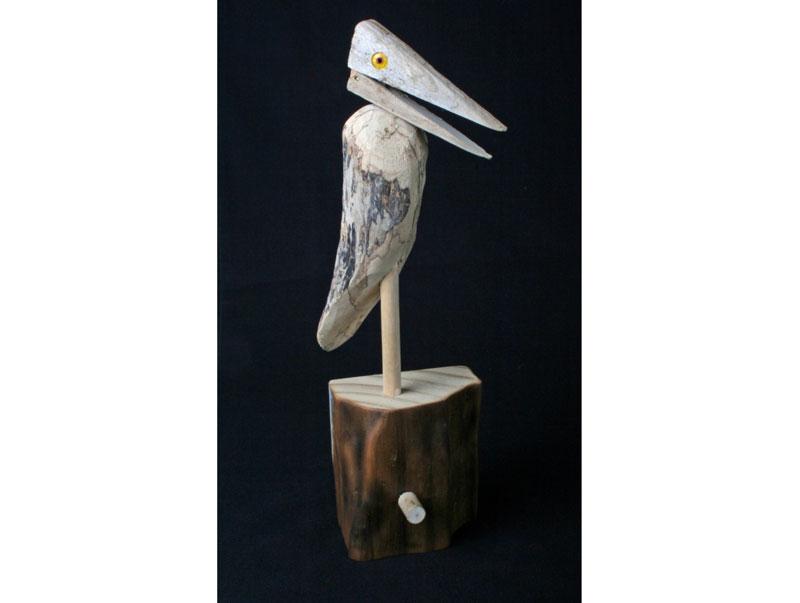 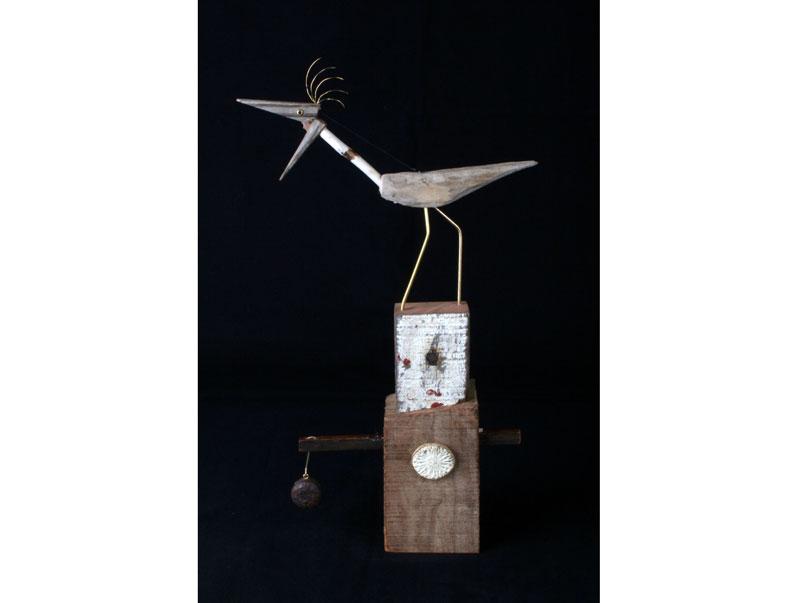