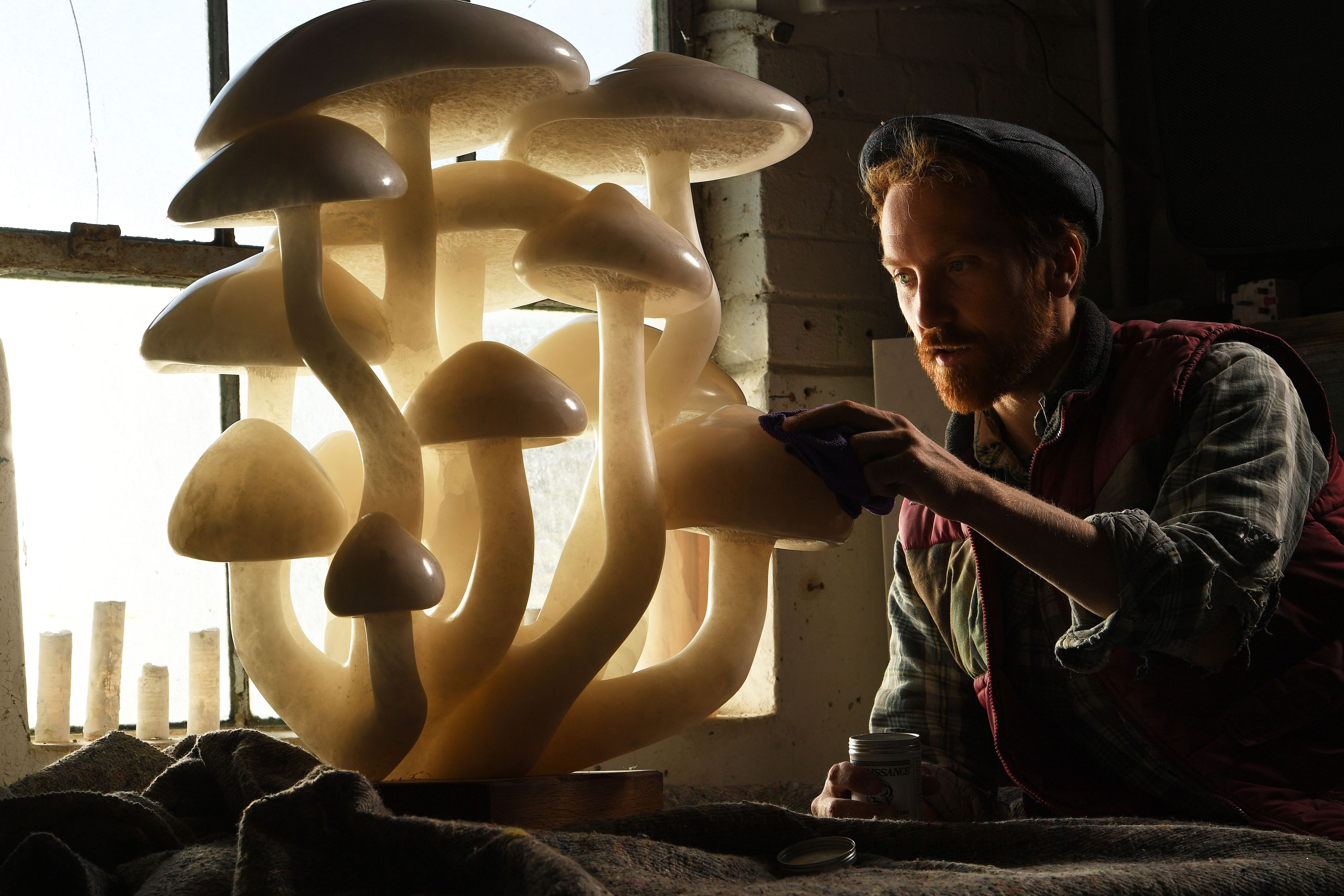 Ben's work sits somewhere between abstract and representational and takes influence from organic forms found in the grown environment such as fungi, roots and mycelium. His pieces transport you to a world of myth, magic and folklore as if experiencing the natural world through the eyes of your inner child. Inspired by his experiences growing up in the rolling countryside of west Dorset Ben uses skills learned from a background in architectural carving and restoration to craft his forms within the confines of carefully selected boulders and stones. Working mainly by hand and favouring the hammer and chisel to explore the forms, he sculpts the often overlooked wonders beneath our feet from marble, onyx, alabaster and limestone. In doing so Ben hopes to celebrate these unsung heroes without whom life would not exist.

Having originally trained in stone conservation and then as an architectural carver, Ben's career path led him to work on a wide variety of prestigious projects throughout London. However the urge to be more connected with nature again led him to move back to Dorset in 2017 where he now lives and works.