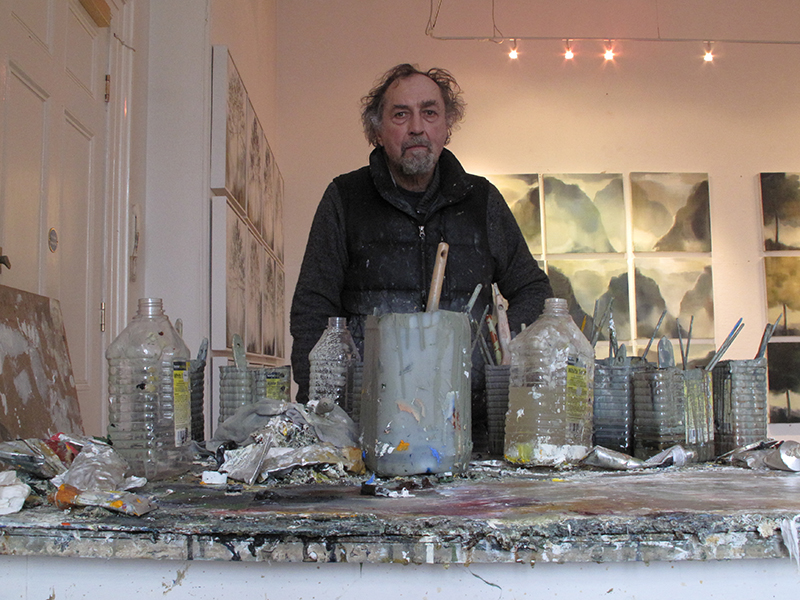 Michael Bennett graduated from Birmingham and Slade Schools of Art in the 1960’s. Initially, as an abstract painter, Bennett explored light and space. Lines floated above shimmering backgrounds, undulating across the painted surface as if they had loosely evolved from more grid-like structures, or as though he had taken a line for a walk. These lines were made up from sequences of colours, themselves shimmering against the moving background.

A recent departure has led to images which more strongly allude to the idea of landscape. Taking his usual background surfaces as a starting point Bennett has developed the plains of colour and added a strong vertical or horizontal element, which immediately redefines the space. He now uses a wider palette that gives the paintings a broad range of moods and atmospheres, while simultaneously making them highly appealing.

This has led to his exciting series featuring trees, which explores this concept. Each canvas portrays a solitary, emblematic tree each one in its own space, light and weather. Viewing them together they can give the illusion of time passing; approaching and retreating, they shift and can melt into abstraction. Equally a single tree can stand alone, complete and self-contained…